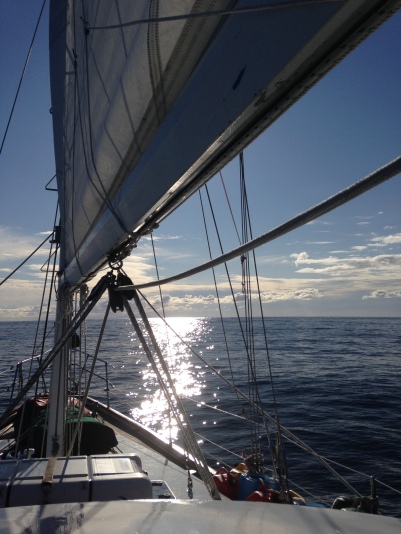 It all started out so well. We left Shelburne at noon last Saturday, motoring into a gentle east wind as we made our way out the 10-mile-long inlet to the ocean. It was sunny and warm, the seas had calmed, the waves were less than a foot, and when we rounded the headland and turned to the south, the wind filled our sails. This is as nice as it gets.

But then (why is there always a but then?) as we sailed around Cape Sable Island at the southernmost tip of Nova Scotia, giving it a wide berth—sailing friends had warned us about the currents there as huge amounts of water flow into and out of the Bay of Fundy—the wind picked up sharply and went west. In no time, the seas kicked up and we were taking three-foot waves on the beam. Then four. Five. Six. Our only options were to turn and run with the seas, which would have taken us far off course, or just tough it out. We chose the latter.

It was a long, rolly night. Fortunately there was an almost full moon, so we could see the waves coming towards us, brace for impact, relax for a minute, oh, here comes the next one. It was exhausting. At one point, I didn’t brace myself in time and was thrown across the cockpit, bruising my knee when I landed. And my dignity.

We went on short watches—two hours—but neither of us really slept that night. Waves slamming into the side of a steel boat make a lot of noise. By morning the seas had calmed some—not much, but some. The wind was still coming from the west, the direction we needed to go. We knew that if it didn’t start going north soon, we would miss Cape Cod and end out in New York.

Around nightfall, the wind finally began clocking to the north, and we followed it, staying as tight on the wind as we could, trying make as much westing as possible. The problem is, seas take longer to shift than the wind does. We pounded into huge waves all night, spray crashing over the bow and drenching the cockpit windows. And worse—dislodging our anchor. We heard, but couldn’t see, it smashing against the bow of the boat.

“We’re going to have to heave to,” Chris said.

Which was easy enough. We just turned the boat into the wind until the foresail backwinded, then cranked the rudder so the boat stalled. Suddenly, all was quiet. We were just bobbing up and down. Chris snapped on the spreader lights then clipped himself to the lifeline and went forward.

The anchor chain had popped out of the roller so he couldn’t just bring it up with the winch. He had to wrestle it back on board. Which was no small feat. It took him several tries, but finally he had it secured on deck.

Reluctantly, we went back to sailing, this time just a little less hard on the wind.

By morning the wind had gone fully north and the seas had calmed. It was a beautiful, warm, sunny fall day. You know that scene in The Perfect Storm, a movie I probably watch too much, when the fishing boats who weren’t lost in the storm motor peacefully back into harbour? It was just like that.

I sent Chris down for some much-needed sleep, made myself a cup of coffee, fetched my book, curled up on the cockpit bench. This is nice, I thought.

But there was one more surprise in store. A smudge appeared on the horizon, quickly resolved itself into container ship, heading our way. I put my book down, checked the chart plotter. We have AIS now—Automatic Identification System—so I could see the name of the vessel, its size, and its course and speed. I forget its name, but it was 900 feet long and moving towards us at 11 knots. Exactly perpendicular to us, actually. We were on a collision course.

Now vessels under sail have the right of way over ships under motor, but we never count on that. I went down and woke Chris (he had just fallen into a sound sleep) and he came up and confirmed my assessment of the situation. We had to tack out of his way. So we did. 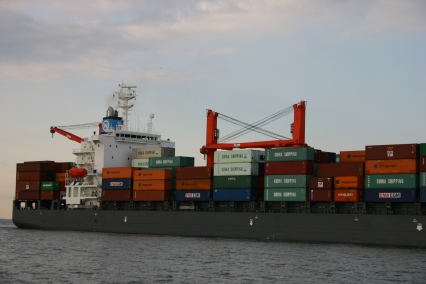 We watched as the ship passed at a safe distance behind us. It was sitting low in the water, its deck piled high with colourful containers, looking for all the world like something our granddaughter would build with Lego.

By late afternoon, we had curved around Cape Cod and were sailing along its western shore, heading for the sheltered harbour inside. I had always thought that Cape Cod was, well, just a cape, a bump of land sticking out from the mainland, but it’s not. It’s a long sandy hook curling way out into the ocean, miles and miles of golden sand backed by low dunes topped with beach grass. We rounded the lighthouse at the tip of the cape and headed into the quiet anchorage off Provincetown, dropping anchor just as the sun set.

We certainly enjoyed both pleasures in our race from cape to cape.